The rune CLI tool is the primary way most people will develop Runes.

The first step when integrating a TensorFlow Lite model into a Rune is to figure out what data it receives as input and what it generates as output.

Often this information will already be known (e.g. because the model was developed in-house or well documented), but it is also possible to use the rune model-info sub-command to inspect a TensorFlow Lite model.

The mode file is a required positional argument pointing to a valid TensorFlow Lite file.

By default, the model's inputs and outputs will be presented in a human-readable format. This is the equivalent of using the --format text option.

The --format json flag can be provided to get a more machine-friendly version.

In either case, the inputs and outputs properties specify the tensor dimensions and element types used as input/output. The possible values for element_kind correspond to the TfLiteType enum variants in tensorflow/tensorflow/lite/c/c_api_types.h header file, and are named similarly to that used in the outputs section of a Runefile.

The rune build sub-command will parse a Runefile and generate an equivalent project in Rust so it can be compiled to WebAssembly.

The name of the runefile being compiled. This is the only positional argument and will default to Runefile.yml in the current directory.

The --cache-dir argument is used to specify a temporary directory that the Rune project will be written to and compiled in. If not specified then a rune named sine would use the runes/sine/ directory inside the operating system's native cache directory.

The --current-directory argument specifies which directory to use when resolving relative paths in a Runefile. By default it will be the directory the Runefile is located in.

Each Rune can be given a name which alters things like the name of the generated Rust project and the label attached to any log messages emitted by the Rune. By default, the name of the Runefile's directory will be used.

The --output argument specifies where the generated Rune will be saved to. By default it will be the name with the .rune extension (e.g. microspeech.rune).

A Rune can be compiled with debug assertions enabled and without optimisations using the --debug flag.

This is typically used when working on a new proc block because it enables more useful stacktraces (stack frames won't be inlined away) and lets the author perform more assertions that are too expensive to be present in a release build but may be helpful during development.

Compiling a Rune in debug mode will often be faster than release mode (the default), however Runes dealing with larger amounts of data may become unacceptably slow to execute.

The rune run sub-command takes a compiled Rune and runs it. This specified capabilities as inputs.

This is typically done when an engineer is prototyping locally or wanting an easy way to run Runes on a server. For most other use cases, application engineers will gain more fine-grained control by embedding a Rune Virtual Machine directly into their applications.

The Rune file is a required argument pointing to a valid Rune on disk.

By design, the only way to pass information into a Rune is via a Capability. The syntax for specifying a capability is --capability image:person.png, where the --capability parameter can be passed multiple times and its value is in the form, key:value.

The capabilities supported by the rune CLI are:

This metadata can be retrieved later on using the rune inspect subcommand although tools like wasm-strip may remove it to reduce the Rune's size.

The compiled Rune to inspect.

By default, the model's inputs and outputs will be presented in a human-readable format. This is the equivalent of using the --format text option.

The --format json flag can be provided to get a more machine-friendly version.

The rune graph subcommand can be used to visually explore a Rune pipeline. When directed at a Runefile or compiled Rune, this will generate a file that graphviz can turn into a flow chart.

The output from running rune graph on a Runefile will typically be passed directly to the dot command. 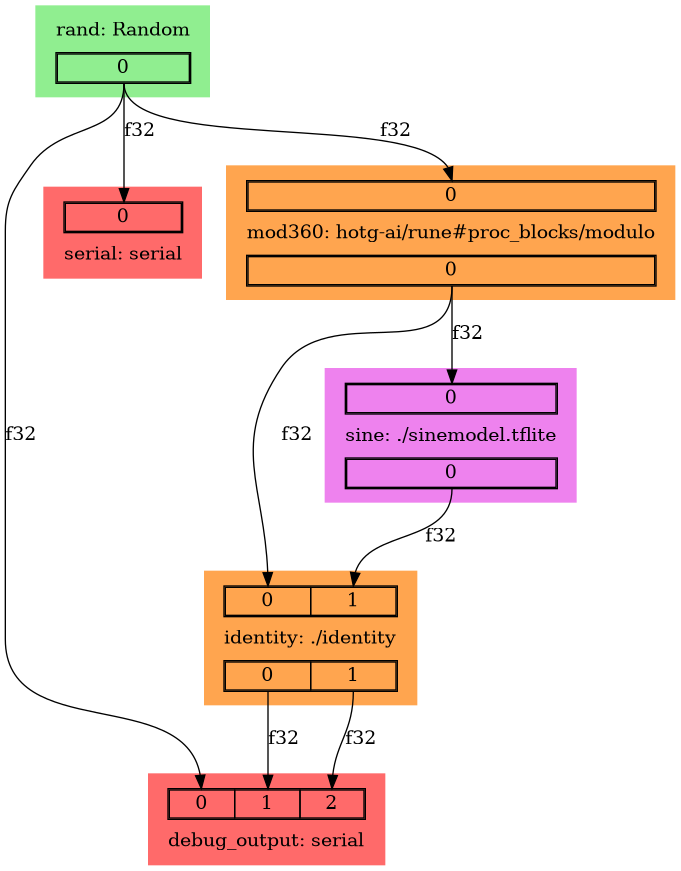 The Rune or Runefile to analyse and graph.

The --output argument specifies where the generated DOT file will be written to. If this argument isn't provided it will be printed to STDOUT.

By default, it will just print the version number, build date, and the git commit it was compiled from.

For more detailed information including when the rune binary was compiled and which version of the Rust compiler it was compiled with, use the --verbose flag. By default, this information will be printed in a human-readable form (i.e. equivalent to --format text).

The --format json argument can be used to ask for output in a machine-readable form.